The development of the SuperHawk 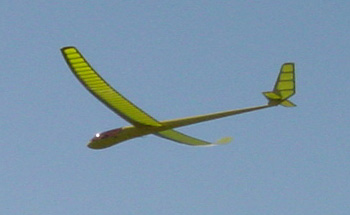 OK, so how do you go about making a SuperHawk?

The following are words from the designer, maker and master of this beautiful incarnation of the Hobie Hawk. I can personally atest to his skill and craftsmanship. Here is what Tony owner of Synergy Composites has to say:

The SuperHawk is a culmination of experimentation with different building techniques that were a hybrid of methods from the original Hobie Hawk construction methods and from homebuilt aircraft as well.

My first building attempt was made in the early nineties by building a set of six foot wings for my factory Hobie Hawk. I had spoke with Bob Martin several years before and knew how the wings were built but I had never thought it possible to build them without a huge capital investment and lots of shop space.

When I started building the 6' wings I wanted to see if I could keep the investment to a minimum in both space and time so I constructed a crude tooling out of foam and plywood. The first wings came out nice but were rather crude. They flew so well it convinced me I could build a better tooling and make 8' wings as well and I also could build a composite fuselage to match the wings. Now I was in this thing whole hog and diligently concentrated my efforts on replicating the original plane (which was once more out of production). This was the creation of the RepliHawk. I built this plane with 6' and 8' wings and incorporated a full length endgrain balsa spar with fullspan carbon fiber reinforcing for added strength. I think I got a bit carried away as the wings were 3 X as stiff as the original factory wings. I added a 5/16" main wingrod also. This airplane flew on the slope as well as thermaling.

I thought this was the end of the RepliHawk experiment (Been there done that....) but then along came a renewed interest when I was contacted by Brian here at the HobieHawk.com website! He got me all excited about a complete updated redesign of the airframe. Brian is a visionary and saw a whole lot of potential for the design and convinced me to work on building a "SuperHawk". He told me to think about wingerons, spoilers, flat wings, flaps, and yes, a ten foot wing!! I thought about this and decided I wanted to try and keep as much of the original look as possible but design the new plane to make it fly well with the larger wings.

As some of you know, Hobie only made a short run of the 10' wings. This is because the fuselage and rudder were WAYYY too small for that big wing and it did not fly well this way. He got complaints and consequently shut down production on the 10 footers. Soooooooo....First thing was to make a longer fuselage. Second thing was to make a larger rudder to handle that big wing. Wings........Hmmmmmmm. How about a new airfoil? Yeah! That's a great idea!!How about an airfoil for the slope and another one for thermaling? Yeah!!! The RG-15 and the SD 7037 would do nicely. The ideas started to flow and were soon transformed into reality. Actually, it took over a year to make the tooling but it was well worth the effort. The prototype was finished at an empty weight of 32 ozs. with the 10 foot wings.

The first flight of the SuperHawk was on April 1, 2003 with 10 foot wings and the RG-15 airfoil. It was a breezy day on the slope here on Whidby Island and the plane flew straight as an arrow right off the launch. Wind was SE at 20 knots and NO ballast was added. My next concern was how would it behave in turns? Would the rudder be big enough? The first turns were done and to my suprise, the plane was extremely stable and wants to roll wings level when banked in the turn. It actually takes some rudder to keep it turning with those big wings. Pitch stability was good with original sized stabs but I needed to add more throw to the elevator. Landing was uneventful and a pair of 8' wings was thrown on (same airfoil) and off it went again. The wing is shorter but no planform change was made so no adjustment of the CG was necessary. Now I was cruising around with the 8' wings and noticed it flew a bit faster and did not need as much coaxing to keep it in the turns. Flight time this day was around 2 hours total. The next flight (with ten foot wings) was a good thermal day and I launched the plane off the slope but now the wind was only 8-10 knots and eagles were thermalling behind the hill. Sooooooo..... off I went to do some thermal chasing.

I spotted a couple Seagulls circling and dove for the space beneath them. It only took a few seconds (thanks to the RG-15 airfoil) and I was there. I saw one wing lift and racked the plane into a 25 degree bank turn and let the thermal do the rest. Went up on the thermal and crowded out the Seagulls. I was speced out within a couple minutes. I still noticed a need to keep the rudder in during the turns while thermaling due to the extreme stability of the big wing. Not a problem but it would take a bit of practice to get those turns nice and smooth all the way around. This single flight was almost two hours long!! I was now convinced the redesign of this classic plane was a winner hands down!!

Some details of the construction are as follows: Wing:(same for 6', 8', and 10') 1/32" Finland Birch plywood top skin Dow HD Blue foam (very high density stuff) 1/64 Finland birch plywood lower skin 5/16" wingrod (3/8" optional) Rib bays routed out for built up appearance Fuselage: Epoxy-fiberglass with carbonfiber reinforcing. Dorsal has bellcrank set-up just like original and the fuselage has a deck for mounting the servos, same as original. The SuperHawk fuse' is 11" longer than stock Hobie Fuse'. The Canopy is tintable plastic for matching colors just like the good old days...

Tail feathers: 1/64" Finland Birch plywood skins over HD Dow Blue foam Rib bays routed out Rudder 30% larger than stock Hobie rudder Stabilizers are as original. Controls rods are carbon fiber tube pushrods with clevis ends (ballinks up front) I elected not to fly the SuperHawk with the shorter 6' wings because it, well, looks goofy that way. It resembles a cruise missle with the long fuselage.

The wingroots for fitting the SuperFuse are tapered slightly different due to the fuselage being longer so there would be a gap at the trailing edge if the SuperHawk wings were installed on a stock Hobie Fuselage. I have a different wingroot shape for the stock fuselage installation for this reason.

I DO NOT not recommend just throwing the ten foot wings on the stock Hobie as the problems with the short coupling of the tail and the small rudder may be unstable and result in unsatifactory performence. I would classify that as a definite no-no. Other than that, The six footers and eight footers will fly on a stock Hawk just fine. Use the RG-15 on the slope and the SD7037 for thermals. Winch launching should be done cautiously as the plane was designed for high starts.